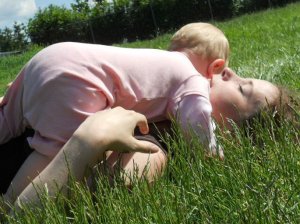 To Whom It May Concern:

Tim and Sam are people who have struggled to improve their lives. And they have succeeded.

Tim struggled through his addiction with drugs and homelessness. In the midst of his lowest points, he was in jail and he failed in treatment programs. In the midst of this, he remained cheerful and encouraging to his friends, but that doesn’t mean that internally he wasn’t fighting with the two parts of himself—addiction and self-control.

Sam struggled with severe depression and a resulting addiction to alcohol. She lost her husband, her four children, and her apartment. She and Tim met each other in the midst of this time, introduced by a homeless friend, and they fell in love. They became homeless together for a short period of time, and Sam discovered that she was pregnant with Tim’s child.

Sam moved in with friends, and as the baby’s birth drew close, moved into my house. She is fully supported by Tim and she supports Tim. And now that Paloma is with them, no hardship, no difficulty, nothing will cause them to go back to addiction. Sam now has contacts and visits with her other children regularly, and she cares for her new baby. She works part time for Anawim Christian Community, a church supporting the homeless community in East Multnomah County.

Why am I writing this? Because I am hoping that you will give them a chance. Yes, they have made some mistakes—perhaps a lot of mistakes—but that doesn’t change the fact that you will not meet a more compassionate, faithful couple than this one. They need a chance and they deserve one. Please be the person that gives them that chance to start a new life together. 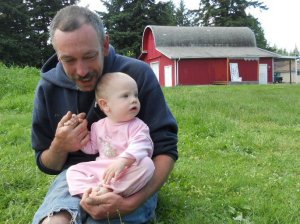 I wrote that letter six years ago.  Tim is still working for the printer.  They now have another child together, Elijah, who was a drummer as soon as he had some control over his arms.  Paloma and Elijah are beautiful, happy, energetic kids.  After they moved out of my place, they moved into a one-bedroom tiny home.

They stayed in that home for a year and then they moved into a three bedroom apartment, where they are now.  Sam’s daughters, April and Eryn moved in with them.  April eventually moved out and got married.  Sam and Tim sport dreads now, and go to cool hippie concerts.  They have way surpassed me in coolness.

In the end, if a community supports a homeless family, both the community and the family wins.  It doesn’t mean everything will be perfect.  I didn’t mention a lot of issues and problems along the way.  It is support and love that makes life thrive.

God bless you guys.  With all my love, Steve