Jesus told them this story:

“There was a father with two sons. The younger son said to his father, ‘Dad, I can’t wait for you to die to get my inheritance, so give it to me now.’ So the father divided all of his wealth and gave the two sons their own share. A few days later, the younger son collected his belongings and traveled to a godless nation and wasted the money, living by his impulses.

“After all his money was gone, an economic depression came upon the nation and he was in desperate need. He was begging for a job, so someone hired him to clean up rooms in a brothel, picking up needles and cleaning soiled sheets. No one actually ever paid him, so he began to starve, finding the crumbs left in the rooms to be appetizing. 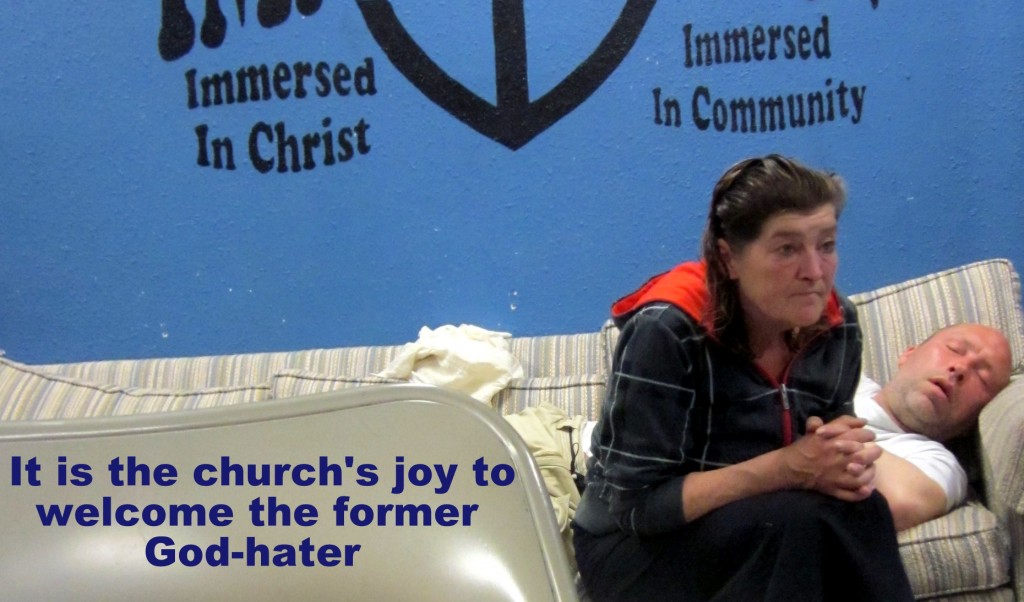 “Finally, he came to his senses and said to himself, ‘Even the laziest of my fathers farmhands eat to their fill, and here I am starving to death? I know what I’ll do, I’ll go back to my father and tell him how evil I have been and then ask him to hire me. After all, I’m not worthy to be his son.’

“So he left that place, traveled back home and came to his father. His father saw him from a distance and felt his heart leap within him and he ran to his son, grabbing him and hugging him desperately. Once he could catch his breath, he said to his father, ‘Father, I have done evil before God and yourself. Don’t take me as a son—I don’t deserve it.’

“His father, though, called his workers and said, ‘You—go into my room and get out my best clothes and shoes and give them to my son. You—get the necklace with the family crest on it and bring it here, and put it on him. You—get into the kitchen and prepare a feast with steak for everyone. Because this is my son the one who died. Now his come back to us from the dead—he was lost, but now he is returned.’”