When the Son of Man comes, and all the holy angels with him, then he will sit on his glorious throne and divide the gentiles before him, as a shepherd separates the sheep from the goats.  He shall say to those on his right, “Blessed are you, chosen of my Father, inherit the kingdom prepared for you!  For I was hungry and you gave me something to eat; I was thirsty and you gave me something to drink.  I was naked and you clothed me.  I was a stranger and you invited me into your home.  I was sick and you came to me.  I was in prison and you visited me.  Enter into my rest.”  And they shall reply, “Lord, when were you hungry and thirsty and we gave something to you?  When were you naked and we clothed you?  When were you a stranger and we welcomed you?  When were you sick or in prison and we visited you?”  The King will say, “In as much as you did it to one of these, my brothers, so you did it to me.”

This is a pretty familiar passage.  And we are pretty sure we know what to do with it—give food and clothes and shelter and healing to people.  To visit people in prison.  The church has been doing these things for centuries, millennia, so we don’t need to learn these lessons, right?

Well, if that’s all we get out if the passage, we still have something to learn.  We need to learn that Jesus is a ninja master.

No, don’t bother looking around the auditorium.  You wouldn’t recognize him.  But he is here, possibly right next to us.  Not just in spirit, either.  He is a person whom you recognize, a person you have met.  It’s just that he doesn’t have the classic Jesus look.  He might be an old man, a little girl, a smelly street person, a beautiful woman, a black pastor, a Hispanic immigrant, a single mom.  All we know is that Jesus is in need.  That’s the only clue we have.   And he is looking at our response to him.

Jesus is not going to be who we think.  We may look at him and think he’s a drug addict, a lazy bum, a person who takes advantage of the system.  We may think he is a false teacher, a liar, an alcoholic, a party animal, a sexual deviant—because that’s what some people thought he was the first time he came, so that’s still what some people think.  Some will listen to the rumors and think he is a thief, a secret wealthy person, a con man, or the face of Satan himself.  All these rumors and speculations are part of his disguise to make you think that you need to keep your distance from him.  The fact is, he is helpless.  He makes himself helpless.  For your sake.

Jesus lives in disguise among us in order to train us to be people of mercy.  The weapons of our battle is free food, clothing and water.  Free rooms to host those who can’t pay.  Our time given to those in the most desperate circumstances.   And these weapons must be given to the most unlikely people—desperate drug dealers, prostituting paupers,  illegal immigrants,  travelling preachers with no shoes and a bad speaking voice,  woodsmen.   People who can’t budget, whose money runs through their fingers like water, who couldn’t make ends meet even if they had twenty feet to spare, people whom even Oprah would have a hard time liking.  Why are we helping these people?  Because they might be Jesus.  Just maybe.  Probably not, but you never know.   Because Jesus has shown up in more surprising places than these, and we can’t be too careful.  In this way, because of his disguise and his demand to help him in whatever disguise he’s in, we learn to live generously to whomever comes in need.  We learn to be merciful to the undeserving, to be less judgmental, to be open-hearted people.

The odd thing, is that Jesus isn’t doing all this for the sake of the needy, although that doesn’t hurt.  He isn’t training us for our own sake, even, although he loves us and wants to see us be the best we can be.  In the end, Jesus is doing this for his kingdom.  The stunning point of Jesus’ mission is not that he is creating a whole nation of open hearted, generous people.   He separates people based on their ability to be generous to those unlikely to deserve it.  Open your mind, for a bit, and consider the imagination of Jesus.

He has in mind a huge nation full only of the most giving, merciful, compassionate and thoughtful people.  A whole nation full of people ready to give their own plate of food at the first sign of a person in hunger.  A kingdom where every individual is open to give a space in their house, if they have it.  Can you imagine what a population like that would be? 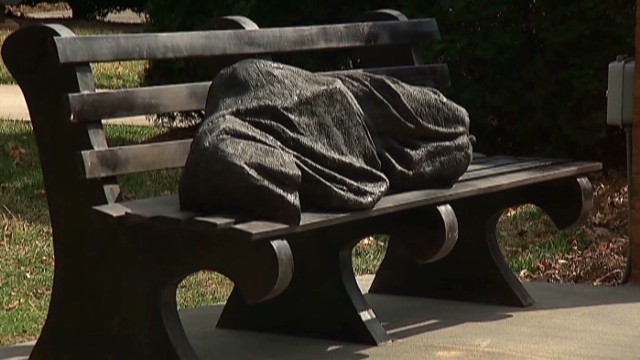 Jesus’ ultimate purpose is to establish a kingdom of generosity and mercy and love.  We can so easily lose the game, because we never understood the ultimate goal of the game.

Suppose that Monopoly had a special rule, that anyone who went broke during the game would instantly receive all the money from the current winner.  Those who played Monopoly normally would end up losing the game, because they would think the purpose was to get more money, when really they’d progress better if they had less money.

But Jesus… and the rest of the Bible, interestingly enough… say that God judges only on deeds, not on religious ritual or even faith. And the kind of deeds he judges on aren’t this or that law, but actions of mercy and generosity, especially to those in need.  The final rule of the game of Jesus is those who display the quality of mercy, compassion and generosity to the needy are those who win.  No one else does.

The only ones who win are the generous.

No matter what religion, if they used their religion to learn to be more giving to those in need, they win.

No matter what theology, if they use their theology to be more generous to the poor, they win.

No matter whether rich or poor, if they surrendered all they had to those who had less than they, they win.

Be a winner.  Use what you have been given to help those in need.