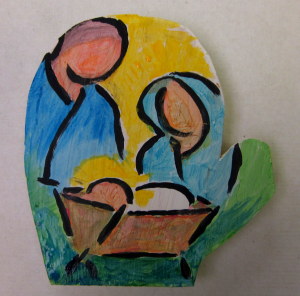 This post was written on May 27.  Jeff and Yvan leave for Coos Bay permanently today.  They have been our friends, co-workers and supporters for almost a decade.  They have helped some of the most needy in society.  They have been accomplished artists, both visually and verbally on this website and elsewhere.  When I really needed someone to unburden on, they were always there.  We will miss them deeply.  -Pastor Steve

Down to 76 hours. Tomorrow we transport the last of the studio to Coos Bay and leave the the truck at the R V Park……sigh,

Then the family moved to Oregon and I was left behind. Now I back to leaving friends and family again, and starting over in a town and part of the state that I know no one, have no contacts, no one to reach out to except the Lord.

Once upon a time I was in a jail cell with Randy Alcorn and Ron Rohman and about 15 other men. A jailer walked into the cell and says,”Awk! a bunch of Christians! Too bad they won’t let us take them out and just shoot them.” I looked at Randy and said, “Well, the apostles have nothing on us.” And we laughed and then burst into song of praise. I share that because this is how the brothers and sisters of the first church were thinking and feeling, being forced to move to a place where they only have each other, and have to start over again. It is also how the refugees must feel.

I find it amazing how the Lord is teaching Yvan and I things we may never had thought about……We need your prayers more than ever now……..

And on that day a great persecution began against the church in Jerusalem, and they were all scattered throughout the regions of Judea and Samaria, except the apostles. Acts 8:1