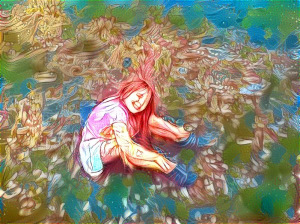 In our worship, people are allowed to speak up in the middle of the sermons.  I had just made a statement, “As opposed to the misconceptions of many who are housed, homeless people do not choose homelessness as a lifestyle.”

Jeff, another homeless man spoke up, “You mean that you sat down one day and thought, ‘You know what?  I’d really like to be homeless.”

Theo laughed, “Well, not exactly in those words.  I raised fifteen kids for twenty years.  All those years I worked, paid rent and paid bills.  Frankly, I was tired of it.  I’m happy with my life right now.”

Jeff replied, “But didn’t you tell me that you were forced to be homeless after being released from jail?  That you had lost your place and your job and you couldn’t get them back, even if you tried?”

I chimed in again.  After all, it was supposed to be my sermon.  “So did you really want to be homeless?  Or did you find homelessness to be the best option after the other options were exhausted?”

“I didn’t start thinking that being homeless was a great idea, if that’s what you mean.  But I came to that, eventually. And I’m happy. With how things turned out.”

Most people, when they make the statement, “Most of the homeless want to be homeless,” haven’t actually spoken to many homeless people, or checked in depth what they actually want.  It is true that there is a percentage of homeless people who are content with their life and they don’t want to give it up.  There is another group that find the idea of an apartment confining, or even triggers anxiety being locked in a box, surrounded by other people they don’t know.

But that is different than saying that homeless people chose homelessness.  When a person begins their journey in homelessness, they are frightened, and it is the last choice they would want to make.  Most homeless folks admit that they never thought they would be homeless.  Some even feel that homelessness was a judgment on them because they looked down on the poorest themselves.  Being homeless themselves was the last thing on their mind.

Although there may be a few exceptions, it can be said that no one chose homelessness, at least at first. It isn’t a lifestyle that anyone desires, especially women, although some grow used to it and learn to appreciate the freedom it gives.