There was a CEO preparing to go on a journey, so he summoned his vice presidents and appointed to them the tasks they were to care for. “Here,” he said to one Veep who displayed some business talents, “Take this five thousand dollars. Do what you can to make it profit.” He gave another one two thousand and another one thousand.

The Veep with five thousand walked straight out of the boardroom to the stocks and made wise trades until he doubled the amount given. The Veep with two thousand succeeded in the same way, doubling his given amount. But the Veep with a thousand went home immediately and dug a hole in the ground and put the CEO’s money there. “There,” he thought, “That ought to keep it safe.” Then he played golf in his office, awaiting the CEO’s return.

It took a long while, but eventually the CEO returned to his main office. Then he called them in to look at their accounting books. The Veep with five thousand strode straight up to the CEO and said, “Boss, you gave me five thousand, and I doubled your money! Now you have ten thousand!” The CEO smiled at him and said, “Excellent. You have rewarded my faith in you, you faithful manager. This was but a small test, but I will put you in charge of large companies now, because whoever manages insignificant things well can be entrusted with the important. You will manage with me, in my offices, now.” 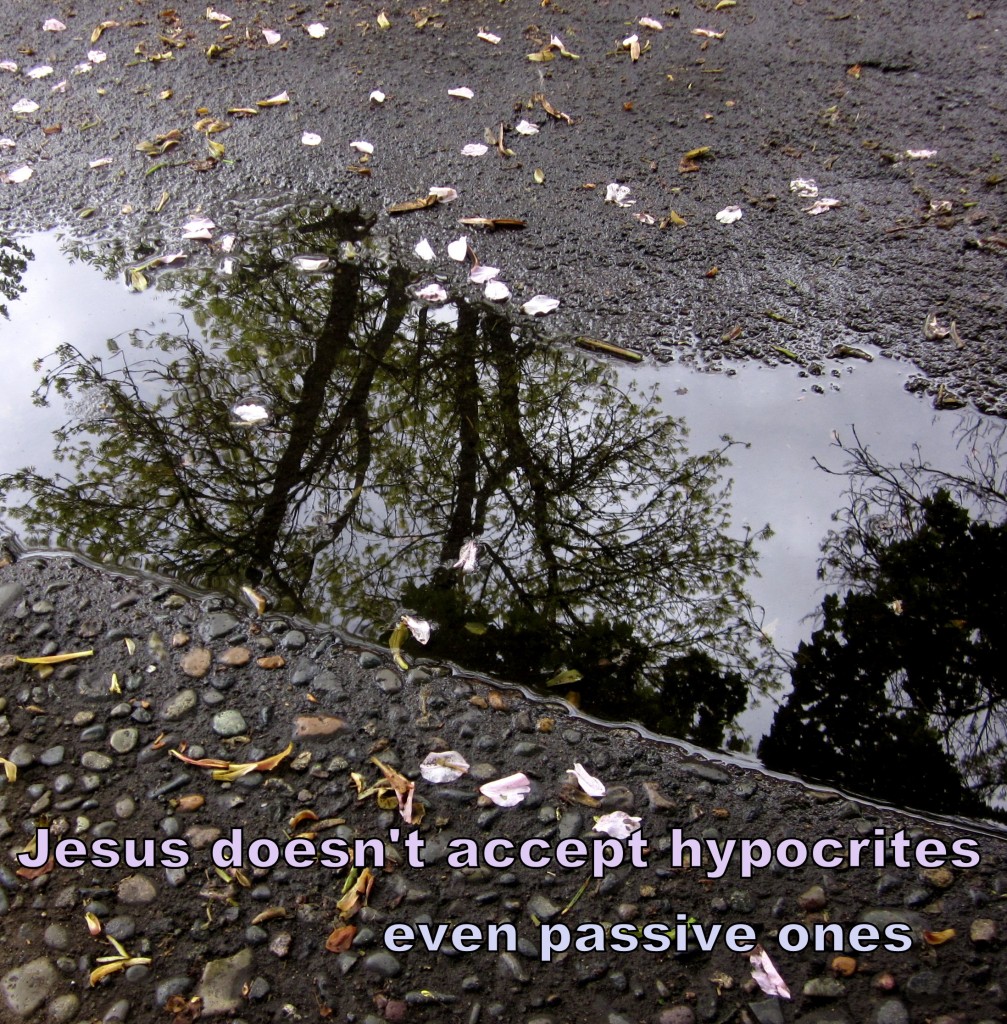 The one with two thousand, emboldened, approached the CEO as well and said, “Here, sir, you can see that you gave me two thousand dollars, and I doubled that amount, and am able to give you four thousand.” The CEO responded, “Excellent. You have also rewarded my faith in you, for you, too, are a faithful manager. I will put you in charge of companies as well, because whoever manages insignificant things well can be entrusted with the important. You will also manage with me, in my offices.”

Then the third Veep approached the CEO. “Now,” he said, “I approached your money in a different way. You see, I know you are a strict man, and I hated to think of what would happen if I lost the money you gave me. So I figured that a man of your resources could get something out of nothing, so I just put the money in the ground for safe keeping. Now I’ve dug it up, and here it is.” The Veep handed the CEO the thousand dollars, filthy and mold growing on it.

The CEO turned around and told the Veep, “So, you figured that I could get something out of nothing, eh? Well, then you could have put it in the bank, and at least I would have gotten a bit of interest! You are an idiot! And lazy! All this time, and all I get is some rotting cash, not a cent more than I gave you? You,” and he pointed to one of his personal servants, “take this… cash… and give it to the Veep that has ten thousand. My principle is this—those who have something to offer obtain more, but those with nothing to offer, even what he has will disappear. And throw this man out of here, he’s fired! He can spend his days with those mourning their own corpses in the unemployment line.”