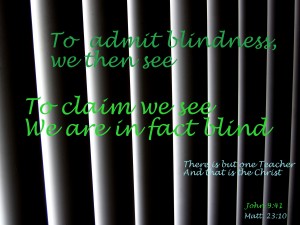 It is to be involved in bringing a marginalized group into the sphere of “normal” in society. In every society we have groups that we consider “different but acceptable”. This is the process that for the African Americans the Civil Rights movement did much to progress. Other groups over the last 30 years have also been allowed to make the trek from “less than human” to “different but normal” as well. It is time to allow the homeless to be rehumanized as well.

To rehumanize, it is not just a matter of having public rights. The most important aspect of being rehumanized is to change the pubic perception and attitude toward the marginalized group. They need to be seen and accepted as equal to themselves, not automatically deserving derision, mockery or rules that are unnecessary for “normal” people.

To rehumanize a marginalized group or society is difficult work. It doesn’t happen overnight, and whoever is involved in rehumanization will be a reproach to those who don’t want a group to be rehumanized. To do the work of welcoming the marginalized as a kind of normal requires a commitment. But are we really ready to make this commitment? It is normal to have doubts or questions about the homeless, as to whether they really should be rehumanized. Here are some of the doubts we might have:

“The homeless choose the lifestyle”

As we talked about in the Myths and Facts of Homelessness, very, very few homeless people chose to be homeless. Most of the homeless would like to be considered “normal” and live in some kind of housing. But even if a particular homeless person DID choose to be homeless, does that give society the right to prevent a person from sleeping, from having a place to go to the bathroom? If a person did choose an alternative lifestyle, does that give anyone the right to verbally or physically abuse them?

“The homeless deserve to be treated this way”

Some truly do feel that the homeless deserve the abuse and neglect and extra limitations on them. Mostly this is because of the assumption that the homeless are drug users, thieves, rapists, or other kinds of criminals. To a certain degree, it is because people are afraid of those who act nothing like them. However, if a person is a criminal, then they should be put in jail, where even if they are in seclusion they would have 24 access to a bathroom, to have the ability to sleep and a certain amount of protection from abuse. If a person is a criminal, then they should go through the justice system, and not be attacked by society as a whole.

“The homeless are such a minor part of our population”

Some feel that the homeless are just too insignificant to bother with. They recognize that there may be some injustices, but they just aren’t as significant as the suffering that women or African Americans in general have suffered. But the homeless aren’t as small a percentage as we might think. One out of every one hundred Americans spend some time homeless every given year. And the homeless are treated, in some ways, worse than other marginalized groups. Is there another group that regularly is refused the opportunity to go to the bathroom because they belong to the group? Is there another group that has all of their possessions stolen from them by the police just because they are a part of that group? As relatively “small” the homeless are, the issues are huge.

Why Rehumanize the Homeless?

Because if we reject a community, we will suffer similar indignities

Because it is just

One of the basic rules of morality is to treat others as we want to be treated. So we need to place ourselves in the place of the homeless and decide if we find it is just for us to be treated as the homeless are treated. Is it right for us to be woken up in the middle of the night by the police and told to move without any notice? Would it be right for us to come home from work, only to have all of our possessions, including our beds and our roof taken and thrown away. Would it be right, if we were unable to get sleep the night before, for us to be shaken awake by the police, tracked to see if we had any warrants and then told to leave an not come back, all for the crime of nodding off on a park bench or sitting down on a sidewalk?

If we find our lives would be remarkably worse if we are given the treatment that we have allowed homeless folks to suffer, then we should do what we can to give them just treatment.

Because if we treat the homeless as human, they will be open to us as human

The homeless often hide in order to not be shamed. But if we treat a homeless person with respect and openness, then their shell will be lifted away and we will be able to see them as they are—fully human people with joys, hopes, sorrows and needs not unlike our own. Only if we treat others as human do we see the humanity in them. If we treat others with disrespect or disinterest, then they are hidden behind a cloak of anger or fear.

Because if we treat others as human, we become more human

Ultimately, if we treat those who are being marginalized as full human beings, then we ourselves become human. The best way for us to be less than human is to treat others as less than human. If we want to be more human, then those people who are treated as less than human, we have to go out of our way to treat with respect and dignity in order to balance out the indignities others place on them. In this way, we, as a full human, create a world that is easier for other full humans to live in.