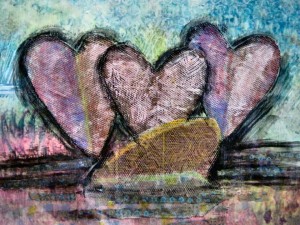 How do we end the cycle of dehumanization for the homeless? How can we get our communities to see that the homeless should have the right to sleep, eat and receive benefits, just like everyone else? The answer to so many community issues, is, once again found within ourselves. Below are some actions that can be taken in order to help us treat the homeless as human and so be able to give them a chance to be treated as human in our community.

Recognize the Similarities and Differences

In order to see a different group as equal human beings as ourselves, we must see them as they are—like us in essential ways, but different as well. We must connect with them in the similarities, but also allow them the differences—just like we would any family member or co-worker.

But the homeless are also different. There is a basic class difference, for one thing. Some of these differences have been chronicled in books and articles. One place to start is Ruth Payne’s chart of the hidden rules of classes (although it must be noted that her base for the “lower class” group is primarily African-American, not Anglo).

We must also recognize that the chronic homeless—those who have been on the street for more than a year or two—are more different than simple class distinctions. Their experience and new community have changed them more dramatically than a simple class analysis can determine. The chronic homeless are a part of a marginal society and have the characteristics of those who know they are not welcomed by the majority group. To understand these differences we could read an article or book. But what is better is to connect with the homeless themselves.

Assisting the homeless isn’t as easy as giving someone a sack lunch. If the attitude toward the homeless is to change in our society, we must bite the bullet and actually meet some homeless. This is probably the most difficult stage. We must overcome our fears and presuppositions of the homeless and meet them in a neutral place. Probably the best place to rub elbows with the down and out are soup kitchens or other free meals. (Local soup kitchens are easily found on the internet.)

Come prepared with a couple questions to open a conversation. And remember, the homeless are probably just as nervous about you are you are of them! Trust isn’t built immediately, but give it time and get to know each other.

Perhaps there is a homeless person you have taken a “shine” to. You appreciate this person and want to help. So see what you can do. Can you purchase some bedding or clothing for them? Could you provide them with some paid labor? Are you comfortable to have them spend the night? Don’t push yourself too quickly. Your homeless friend isn’t expecting anything from you. But if you provide some help that isn’t just an act of pity, they will appreciate you and open up more to you.

Listen to the homeless

After your homeless friend (or friends) trust you some, then you will hear more and more stories about how they live and some of the difficulties they face daily. You might be shocked at some of the things they face daily without so much as a concern. You might even doubt some of the stories are true, they are so shocking. If you aren’t sure, check the stories out with others on the street. Most homeless don’t find a need to corroborate a lie, so cross-checking gets you close to the truth. Again, be prepared to be shocked at just how poorly the homeless are treated.

Give the homeless work

If you have some income and can provide the homeless some work, please do so. Almost all the homeless want to have some day labor or short-term jobs, but are rarely given the opportunity. As you trust more homeless you might be able to hire more of them, so they can earn their own keep. This helps not only the individual homeless, but it also helps the community see that the homeless really do work.

Invite the homeless to groups, parties

Speak up for the homeless perspective

Begin attending community meetings such as neighborhood groups, city council meetings, local business groups, church meetings and others and seek to speak the perspective of the homeless. Inform them of the degradation of the homeless in their own community and invite them to meet the homeless at a soup kitchen.

Give some homeless opportunity to speak up

Some homeless are open to share their perspective to small groups. If there is an opportunity, give it. In the end, only when the homeless can speak for themselves will they be able to be seen as real people.