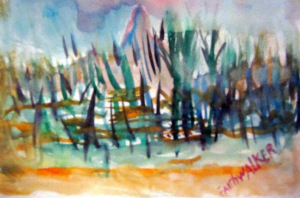 A vision is a seeing of the future, powerful enough to help create that future. Envision what could be with me that we might re-create what is.

I see a city that would create space for everyone to live, without harassment, without fear.

I see a time when parents would no longer use the poor as a warning against laziness, but use their teaching time to spread compassion.

I see green spaces where the poor may sleep and the housed move freely among them, without fear, without anger.

I see a place where those who cannot be hired can work and be paid in a balance between their ability an their liability.

I see a time when no one is measured by the size of their paycheck, or the value they give an employer, but by the beauty they create and the depth of compassion they show.

I see a county that places people before property, that puts need before power, equality before class prejudice.

I envision a place that will first ask, “what do you need?” before, “This is what we will do.”  An elected body who has lived with the poorest so that they might truly represent all the citizens and not just a select group.

I envision a law enforcement that stirs respect and not fear. Officers who will only respond to crimes, not whines concerning people they refuse to understand.

I see a city where the highways are used to bring food to the hungry, warmth for the cold, shelter for the wet, bathrooms and showers for those who lack hygiene.  I see a government who will freely provide this, because their citizens are in need, and for no other reason.

I speak into being a community that loves, that provides, that does not hold to an arbitrary distinction of “deserving” and “undeserving” but is generous because they want to be known to the world as a place of giving and grace.